In an efforts to expand the market for JAS Certified Large Cross Section Timbers, we are engaged in numerous development and research programs. Since securing the JAS Certification for Large Cross Section Solid Sugi Timbers, we have devoted efforts not only in refining the products but also in the development of a wide range of structural assemblies and frame systems such as ways to design large spans devoid of upright columns as well as Hybrid systems that combine Solid Timbers and Glue-Laminated products.

To begin with, we investigated ways to develop an SPC System for Solid Sugi Timbers by testing the Pull Through and Shear Performance of Large Diameter Auger Bolts generally used in connecting Glue-Laminated components on our JAS Certified Large Cross Section Solid Sugi Timbers by performing as series of structural tests at certified testing laboratories. 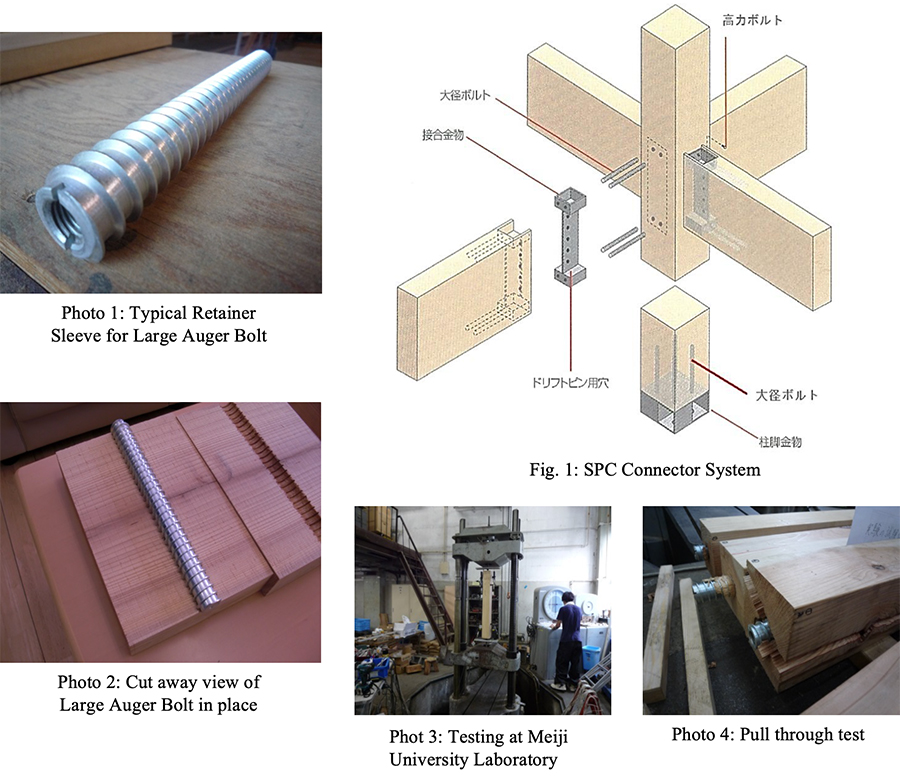 Successfully developed a High Performance Shear Wall system that achieved an equivalent of Wall Multiplier Factor of 8.7 though formal racking tests. The system is based primarily on the Transpierced or Cleaved Column system where the overall strength and stiffness factor was improved by the addition of strategically placed wood screws at the joints between Cleaved or Pierced Column and Horizontal Web members. By relying on the Compression Perpendicular properties of the Timber we were able to insure sufficient ductility and greatly improve not only the freedom of aesthetic design but also improve the ease in structural designs. Additionally as these Structural Assemblies can be fabricated in a factory setting and transported to the construction site along with the rest of the structural components, it greatly improves the assembly time and cleanliness at the job site.

c. Development of Built Up Beams

We developed a series of Built-Up Beams (and Columns) for spanning relatively long spans in low pitched roofs, floor frames systems and other cases where the available vertical space is limited. These Built-Up Beams and Columns can be used by most local builders and carpenters without having to rely on specialists. We offer full design and technical support in determining the Built-Up Beams that best suit the intended application. 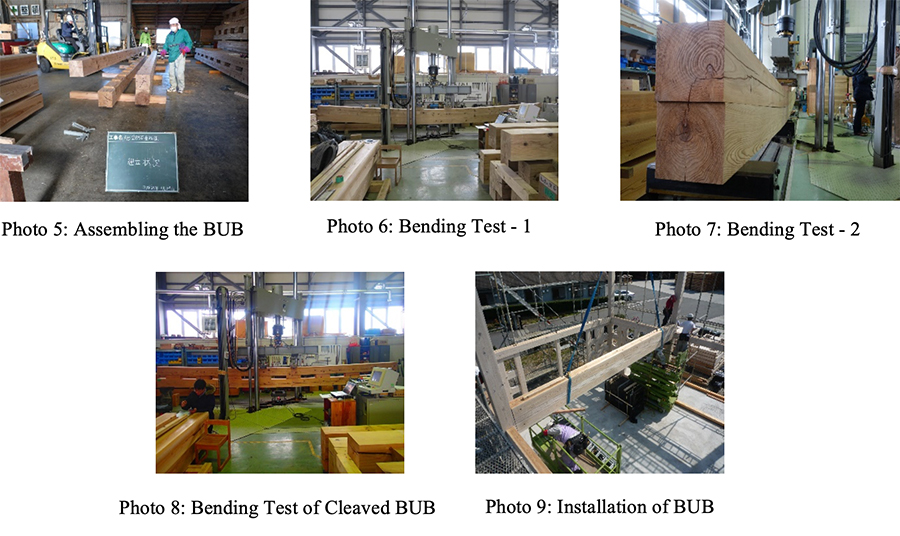 In this effort, Timber Frame Truss Systems that can span a maximum of 20.02m spaced at 3.64m On Center with a combined load capacity (Live plus Dead Load – including finishing materials and snow load of 50cm) of 4.5 metric tons were developed. Materials was limited to the relatively easy to source 6.0m long timbers with simplified selection of Metal Connectors to improve fabrication and installation process. A full Size model was static tested for Creep over a 12 month period. This system was successfully used in the construction of a large warehouse at K.K. Akai Seizai-sho (Akai Sawmill Co., Ltd.), a core-member of the Iwaki Wood Processing Cooperative. 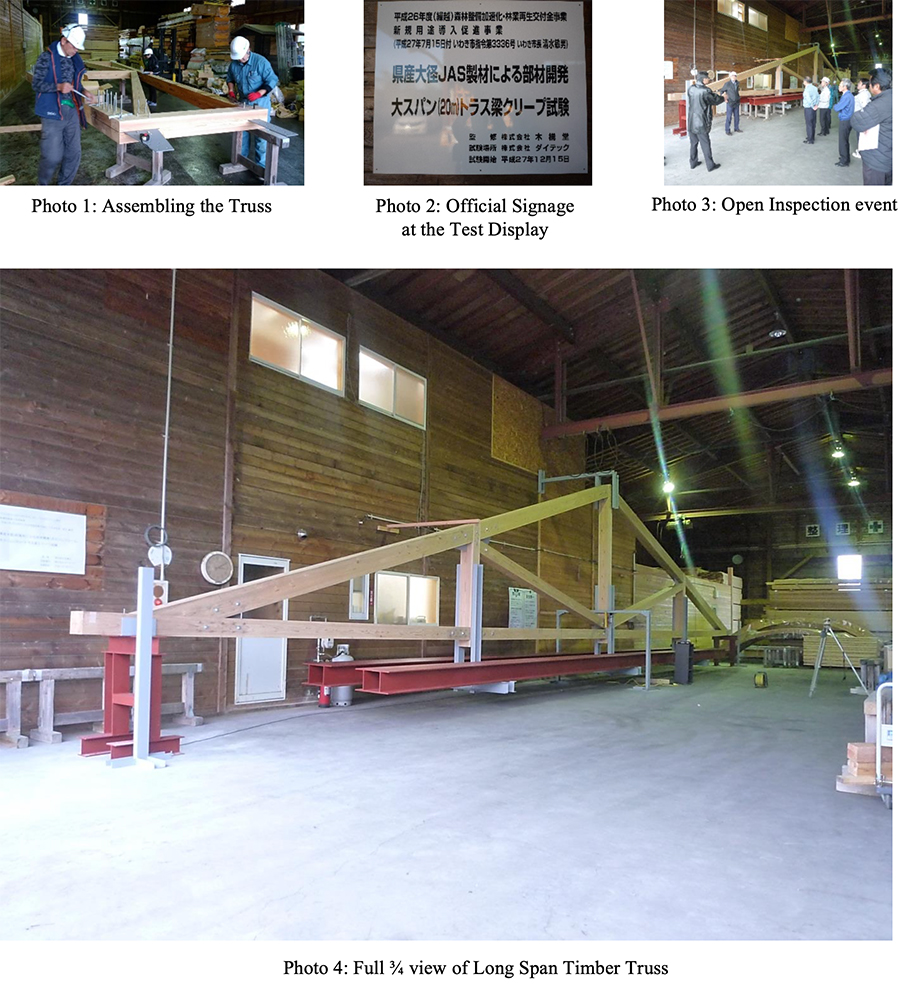